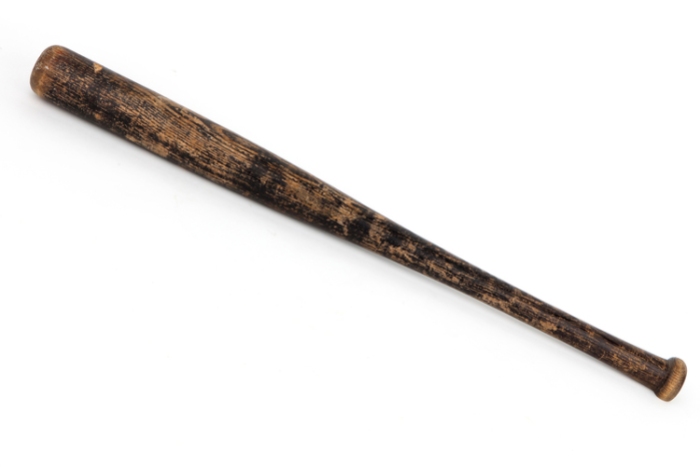 There’s a lot to like about MURDER BALLAD, the sophomore season premiere from Stone On A Walk Theatre Company in Over the Rhine.  Presented in what has to be the most intimate space in the city, this rock musical is a sung-through love story with a twist.  And it works well in Simple Space, a unique space-sharing concept on 13th Street, just a few feet away from the Art Academy that housed last year’s season.

Artistic Director John Leo Muething directs this production, written by Julia Nash and Juliana Jordan – and he has limited room to work with but stages it well regardless.  His cast features Kat Reynolds as The Narrator, who tells the story of “Sara,” (Lauren Carr) bar owner and boyfriend “Tom,” (Luka Ashley Carter) and her doting husband, “Michael” played by Montez Jenkins.

Reynolds has a big voice; she’s a vocal standout.  Some of her mannerisms may work better in a bigger house, though for the character she is playing it fits.  Carr has great presence and as the central character in the musical, she holds her own.  Her wardrobe needs work, though.  That said, the duets with her and Reynolds were some of the best things about this production.

Carter brings a subtlety to his performance that at first glance you wouldn’t expect.  His punk-style haircut and overall vibe betrays his versatility as a performer; it sorta sneaks up on you.  Jenkins rounds out the cast by bringing real, raw emotion to the show.  I enjoyed watching him very much even if he wasn’t always on pitch.

This show is far from perfect, but from an avant-garde risk-taking perspective it’s a home-run.  This is the kind of theatre Cincinnati needs if we’re going to reach, grow, and foster a younger audience base.  While there were only about sixteen people in attendance tonight (the space could comfortably hold about ten more), I was encouraged that half of the crowd appeared to be in their early or mid-twenties.  I want to see more shows where I’m not one of the youngest person in the room.

Oh, I know – the last thing Cincinnati needs is another theatre company, right?  Well, if there’s a clearly defined vision, an underserved target demographic, and the right mix of talent and text, then yes, maybe we do.  Stone On a Walk Theatre Company might be the start of something big; I believe it’s definitely important.

Give this dark-but-charming rock musical a chance and support these young artists as they find their place in our very vibrant theatre community, won’t you?

MURDER BALLAD runs at Simple Space on 13th Street in Over the Rhine through June 27th.  For more information, click here.